In the first half of 2023 the Fondation de l’Hermitage will host a major retrospective of Léon Spilliaert (Ostend 1881 – Brussels 1946), one of the most important representatives of Belgian art in the early 20th century. Convinced that he was destined to be an artist, Spilliaert was self-taught, his thinking shaped by the literature of his time. He created his profoundly original work almost entirely on paper, combining different graphic techniques in images imbued with metaphysical questioning and Flemish culture. His art can be linked to the Symbolism and Expressionism of his time, while the extreme simplification of his most radical landscapes seem to herald geometrical abstraction and minimalism.

Avec la mer du Nord…
The son of a perfumer who supplied the court of the Belgian king Léopold II, Spilliaert was an introverted dreamer with delicate health. The family was based in Ostend, a coastal city that became a very fashionable resort in the mid-19th century. Spilliaert filled his school exercise books with strange drawings, reinventing the world around him in the mode of the uncanny, and walked along the seawall noting the effects of light, which he recreated in seascapes.

At the turn of the century he briefly studied at the art school in Bruges, but soon developed his own style, taking inspiration from authors such as Maurice Maeterlinck, Émile Verhaeren, Arthur Schopenhauer and Friedrich Nietzsche, and from painters such as James Ensor, Edvard Munch, Odilon Redon, the Nabis and Fernand Khnopff.

Reflection and reality
Before the First World War Spilliaert primarily used Indian ink wash, watercolour, pastel and coloured crayons to create pared down landscapes bordering on abstraction – sky, sea and the line of the seawall vibrating in dull light. The few figures who appear on these melancholic shores are usually women – a demimondaine staring into the distance, a fisherman’s wife watching for the returning boats – whose common denominator seems to be a deep sense of isolation.

Spilliaert’s depiction of human beings culminates in particularly striking self portraits in which he questions both his status as an artist and the dividing line between reflection and reality. Bedrooms, living-room corners and bay windows appear deserted yet paradoxically filled with an intangible presence. In his still lifes, disturbing dolls and strange flasks arranged in front of a mirror become his silent companions.

After 1920 Spilliaert made great use of watercolour and gouache, creating flamboyant, highly lyrical seascapes sometimes verging on the abstract. In the 1930s and 40s he returned to trees, a subject of his youth, taking long walks through the forest. Through compositions of great simplicity that illustrate Spilliaert’s virtuosity, these fascinating and timeless images of nature radiate a sense of peace combined with a sense of the uncanny.

À la rencontre de Léon Spilliaert
As part of its cultural education programme the Fondation de l’Hermitage has created a partnership with the nearby Isabelle-de-Montolieu primary and secondary schools. Over 6 months, a class of students aged 13 and 14 will work on personal responses to Spilliaert’s self portraits through writing and drawing, supported by their subject teachers in French and Art. Their work will hung as part of the exhibition, inviting the Hermitage’s visitors to look at Spilliaert’s art in a new way. 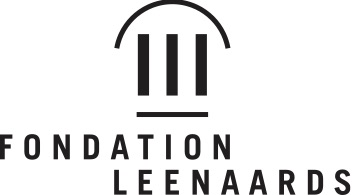 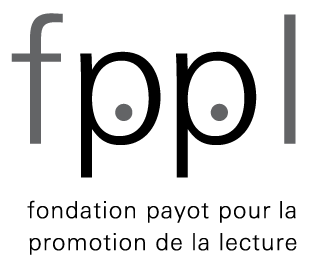